If they don't know, they'll have a go.
They're not frightened of being wrong.
Now, I don't mean to say that being wrong is the same thing as being creative.
but we do know is, if you're not prepared to be wrong, you'll never come up with anything original.
If you're not prepared to be wrong,and by the time they get to be adults, most kids have lost that capacity.
They have become frightened of being wrong.

And we run our companies like this, by the way,we stigmatize mistakes.
And we're now running national education systems where mistakes are the worst thing you can make.
And the result is that we are educating people out of their creative capacities.
Picasso once said this,he said that all children are born artists.
The problem is to remain an artist as we grow up.
I believe this passionately, that we don't grow into creativity, we grow out of it.
Or rather, we get educated out of it. 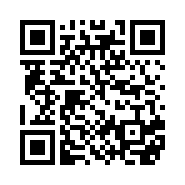